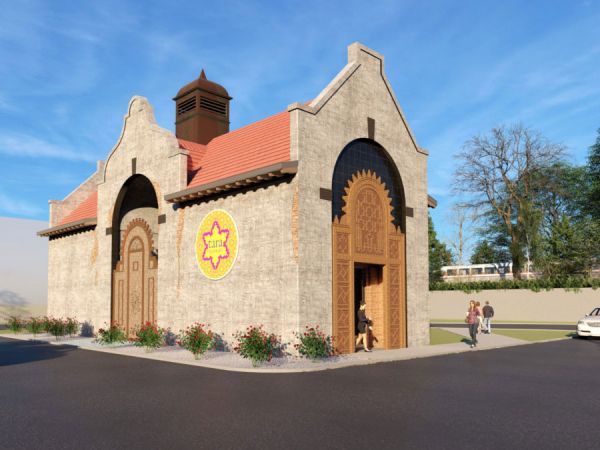 The old weigh station at Van Guysling Avenue and Clinton Street will become Tara Hammam. A hammam is a traditional spa in the Islamic world, descended from the bath houses of the old Ottoman Empire.

The old weigh station is a two-story, small commercial building with an arched passageway. C2 will be working on adapting the space to modern use. The plan is to put reception/retail space on one side of the building and bath/spa space on the other, then connect them with a corridor disguised as a gate.