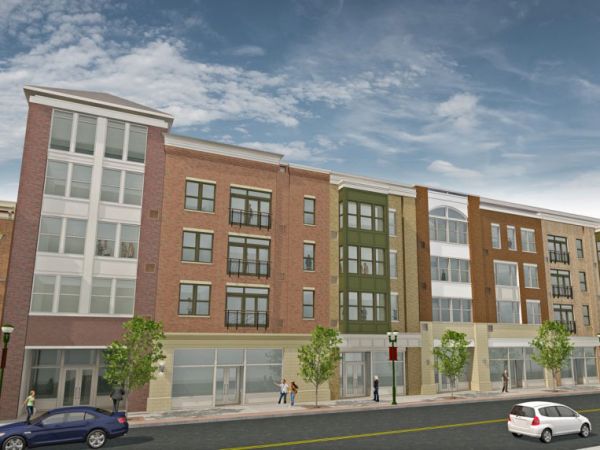 The Schenectady County Metroplex Development Authority today announced that work has begun on the $20 million Electric City Luxury Apartment project in downtown Schenectady. The project is a joint effort between HighBridge Development and Prime Companies.

The $20 million investment will build 105 luxury apartments and 9,900 square feet of ground-floor retail on lower State Street and Erie Boulevard in downtown Schenectady.

John Roth, one of the managing members of the investors' group behind the new project and CEO of HighBridge Development said, “We are very excited to be bringing new vitality and investment to lower State Street, one of the final steps needed to complete the revitalization of Downtown Schenectady. The new Electric City Apartments will bring more people to live, work and visit downtown.”

Jackson Demolition, based in Schenectady, has mobilized on-site to begin demolition work that will start on November 23rd so as not to inconvenience the Schenectady Holiday Parade which takes place on November 21st.

Martin Environmental, also based in Schenectady, is also working at the site to conduct asbestos removal at the former Olender Building. This work is scheduled to take approximately seven weeks. Demolition of the Olender building will follow.

The project construction schedule is roughly 18 months with occupancy planned for the summer of 2017.